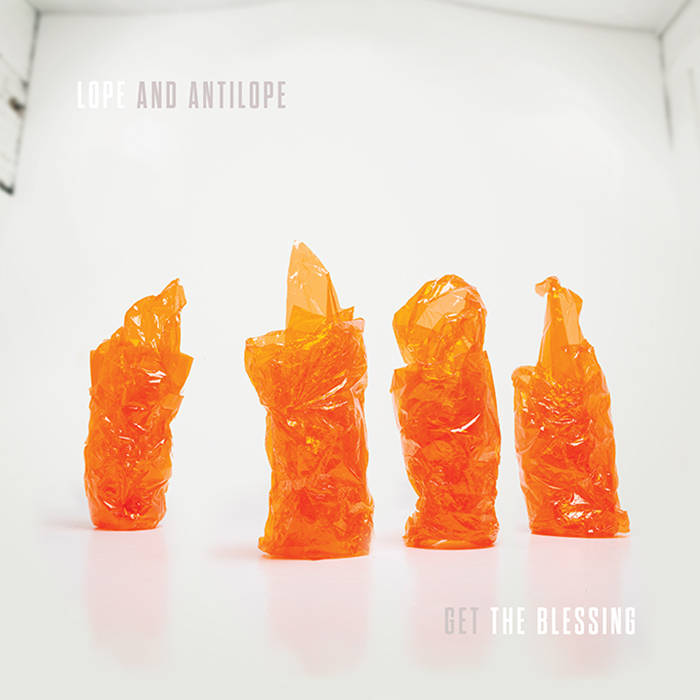 freejazzy Its a revelation. As the band put it, it's "the culmination of 4 days of recording, 3 years of gigging and 12 years of drinking tea and gin." Is it transferable? Gonna give it a try. Favorite track: Quiet.

Formed in 2000 to share a fascination with the improvisation and monophonic nature of Ornette Coleman's earlier works, the Bristol-based four-piece can now boast a truly international fan base and the last two years have seen them take their cellophane masks half way round the world and back (it was the rhythm of movement and travel experienced on the road that gave way to the new album and inspired the title). Throughout this time, the line-up has remained the same with Portishead rhythm masters Jim Barr and Clive Deamer on bass and drums respectively, Pete Judge on trumpet and Jake McMurchie on saxophone. And all this despite other commitments for everyone, not least Deamer's recruitment as Radiohead's second live drummer in 2012. The band's old friend and collaborator - and Portishead guitarist - Adrian Utley also returns to make a guest appearance with Bat for Lashes guitarist Tim Allen brought in to engineer the recording sessions.

Conceptually Lope & Antilope is different from previous albums as it makes use of sounds collected whilst on the road but crucially, is almost all improvised. With the urge to leave their comfort zone and break some of their recording habits, the album was recorded in an empty pottery in Pembrokeshire. With nothing written, everything on the album came out of four days of improvising. The starting point was often experimentation with sound effects, both acoustic and electric, to which a groove would be added, then a tune, or a solo and so forth. As the band put it, it's "the culmination of 4 days of recording, 3 years of gigging and 12 years of drinking tea and gin."

The use of guitar effects pedals and other electronic gizmos had become a big part of what the band do live, but until now had never been fully integrated into the recording process. As well as extensive use of delay by the horns, the rockiest track on the album, ‘Little Ease' also features the trumpet routed through a distortion pedal, bought for a song on the way to the first day of recording (it also features on ‘Trope'). The saxophone is treated in a similar way, producing the Theremin-like pitch bends that can be heard on ‘Quiet'. This could lead you to think that Lope & Antilope is an effects heavy, raucous album, but in fact the opposite would be more accurate. Lope & Antilope is more textured than previous work, shifting from the atmospheric ambience of ‘Luposcope' to the pulsing, almost Nordic menace of 'Viking Death Moped' - but all the way through maintaining the trademark bass riffs that carry the album through giving it that quintessential Get The Blessing sound.