Get The Blessing - OCDC 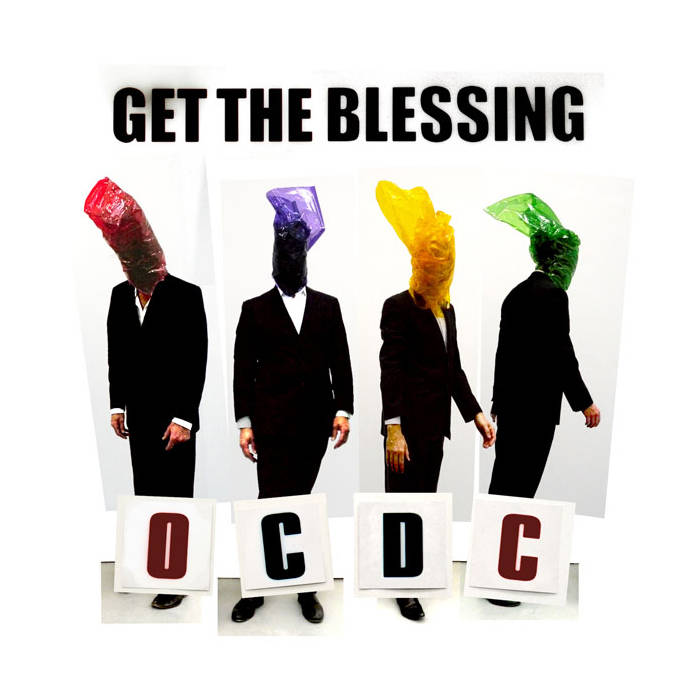 OC DC once again finds Get The Blessing elbowing their way out of easy categorisation. The Bristol-based four-piece have deftly ploughed their jazzy post-rock furrow since the release of their debut All Is Yes back in 2008, drawing enthusiastic comparisons to similarly inventive acts like Tortoise and Polar Bear. The follow-up, 2009's Bugs In Amber, cemented their affable rapport with critics and fans alike, and further defied the boundaries and boxes that were placed around them - the Metro claimed in its glowing review that, "Occasionally you hear a jazz album that you know would shift truckloads of units if only it weren't labelled ‘jazz'. Bugs In Amber is just such a disc."
From the upbeat rollicking title track that kicks off proceedings, to the lilting cinematic closer Pentopia, OC DC exudes energy and invention at every turn. As sax player Jake McMurchie suggests, "It's both more esoteric, more physical and more carefully crafted", whilst retaining the band's signature blend of strong melodic ideas, ferocious rhythmic hooks, tight compositional structures, and freewheeling improvisations. Trumpeter Pete Judge agrees: "It's less afraid to be itself than it used to be". A particular highlight is the unexpected guest cameo by legendary composer & musician Robert Wyatt - a delicious wordless chorale on the languid American Meccano, recorded in a Lincolnshire studio open to the sounds of birdsong and passing vehicles.
Get The Blessing wear their jazz credentials lightly but defiantly. A shared love of legendary saxophonist Ornette Coleman's early quartet inspired their boldly monophonic instrumentation. The intricate but absolutely rock-solid rhythm section forms the glue that holds Get The Blessing together, with the dual sax and trumpet frontline working with the bass to create melodies and harmonies.
Alongside their jazz roots, Get The Blessing's multiple other influences are also evident. Speaking of their 2008 BBC Jazz Award win for Best New Album with All Is Yes, bassist Jim Barr says, "We were total outsiders, the punk entry." Comparisons with punk aren't too far-fetched either, from the band's often thrashing rhythms and rocking riffs to their irreverent and mischievous attitude. At the same time, their music carries a genuine emotional punch, and is as capable of delicacy as it is of visceral power. This is not ‘difficult' music by any stretch; neither is it merely simple.
Drummer Clive Deamer and bassist Jim Barr have long provided the low-end rumbles and stuttering beats for trip-hop legends Portishead, and Deamer has recently been recruited by none other than Radiohead as their second live drummer for 2012 (he's also an established partner of Robert Plant, Roni Size, Hawkwind, Jeff Beck and several other contemporary luminaries). Not that the rest of the band are worried. "They are borrowing Clive in the hope that it will make them sound like Get The Blessing," says Barr with a smile; "No chance!"
With guest turns from Portishead guitarist Adrian Utley as well as Robert Wyatt, and influences including astronomy, psychology, Borges, and food, OC DC grabs the listener by the lapels and sets off joyously once more into the sonic wilderness. To further explore Get The Blessing's fascinating and idiosyncratic musical world...